During a stay at Mwamba Bush Camp in South Luangwa National Park (Zambia), I had the opportunity to watch an amazing scene in the vicinity of the Camp. An opportunity that had kept me busy during most of my “free” time between two 4x4 exploration of the Park. What happened is that I noticed the strange behavior of a group of birds above the river : several birds were flying low over the water catching drops of water on the wing like swallows do. Interesting ! The birds proved to be White-Fronted Bee-Eaters (Merops bullockoides) - Bee-eaters : one of my favorite species…Watching more closely I realized that on several occasions birds not only were flying low over the surface but really dived into the water. Excellent ! 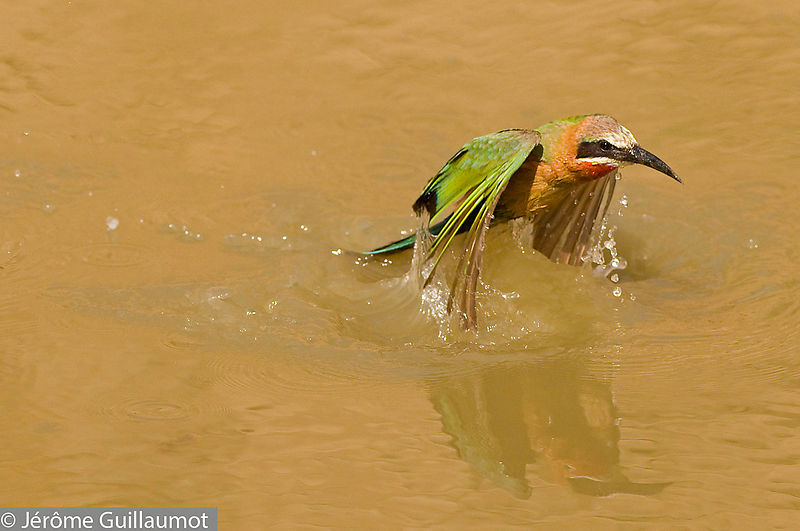 This reminded me of a series of photos that I took some years ago by the River “Vidourle” (Gard, France) where I had spotted a group of European Bee-Eaters (Merops Apiaster) practicing the same activity. But at that time, the birds were too far to allow good quality photos.

Below, an European Bee-Eater bathing on the wing. Photo taken in 2008 at the Vidourle river (Gard, France). 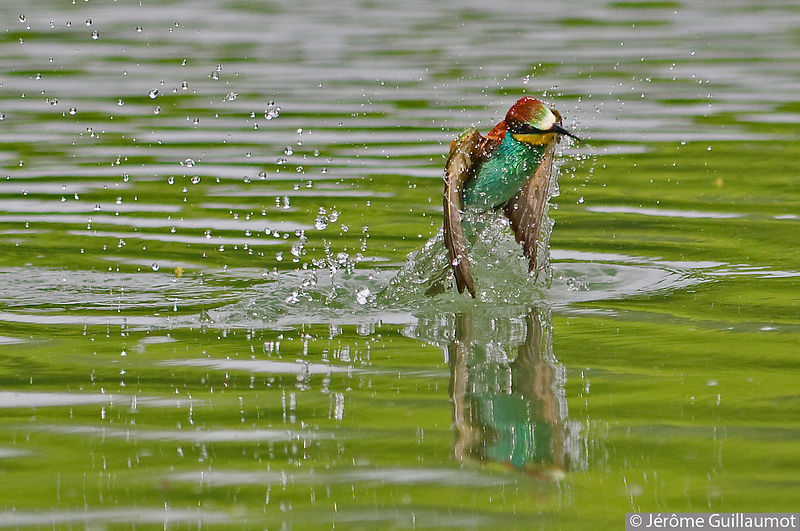 This time, the opportunity is specially favorable because the birds will immediately tolerate me at a few meters distance from the remaining waters of the almost entirely dried river bed.

The next four days I will spend more than 12 hours of photography attempts not always successful but very exciting. After those hours of spotting I eventually understood that this behavior is more complex that it appeared to be at first. In fact, I attended to 3 different situations :

1 – Bathing : the bird dives in the river, almost entirely immerged into the water and then re-emerged totally drenched. The purpose of this behavior is easy to understand once you know how hot can be the temperatures in Zambia in October (Suicide month as they call it).

2 – Drinking : the bird catch a drop of water while flying but does not dive or bath.

3 – Hunting : the bird chases insects flying over the river surface. When it happened I could hear a clapping sound while the bird suddenly closed its beak to catch a prey. Then the bird will deliver its catch to its young ones waiting in the nesting cavities 20 meters further on the riverbank.

But with no contest, the most dramatic scene is when the bird bathed on the wing. The 5 steps of the behavior are (see Photos below) :

Phase 1 : The Bee-Eater flies low over the river surface

Phase 2 : It dives into the water

Phase 4 : The bird extracts itself from the water, as it can…

I am still amazed by the way birds will immerge in the water while flying and the energy deployed to eventually extract themselves from the river waters. The birds trying to take off in a spray of water  is a dramatic scene. With the naked eyes it is difficult to realize the comic position of the bird, almost entirely immerged, with even the head covered by water. Now I better understand why they are close relatives to the King Fisher.

Other photos of African birds flying 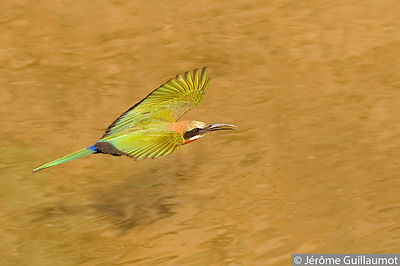 Phase 1 : The Bee-Eater flies over the water surface 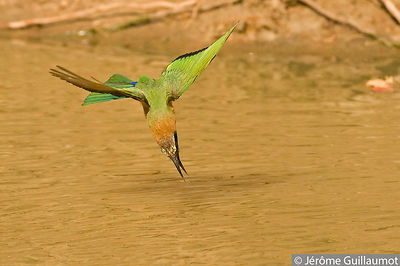 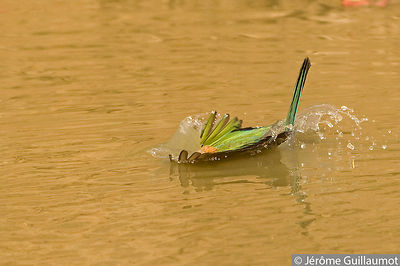 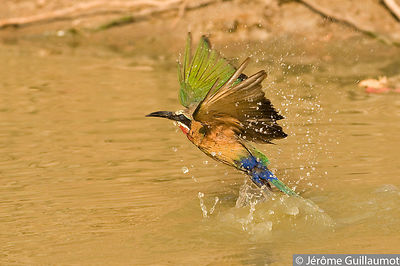 Phase 4 : The bird extracts itself from the water 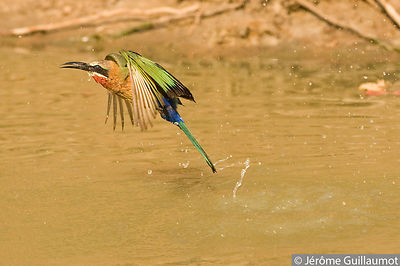 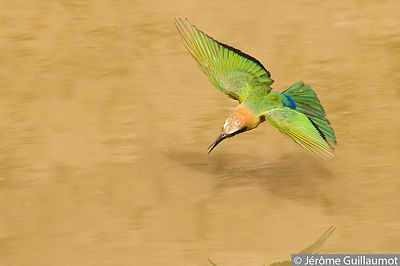 Flying low over the surface 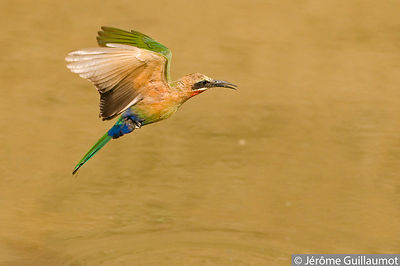 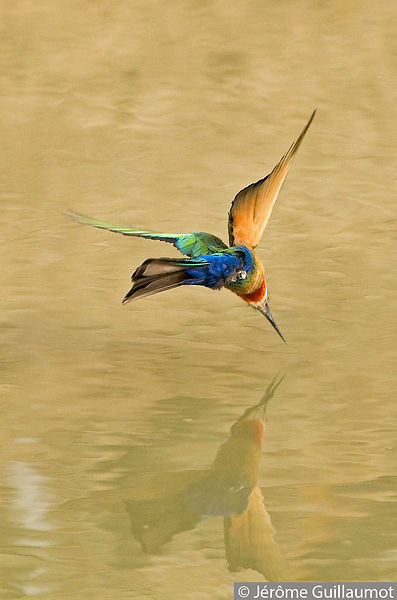 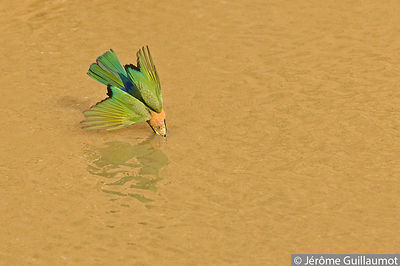