The discussion on what is the best between fix or variable focal lens in Wildlife photography is still on. As far as I am concerned, I have always used a fix focal length lens; either a 300mm when using a small DX sensor camera such as my Nikon D300 or a 500mm lens when using a full frame such as my Nikon D4. The arguments in favor of a fix focal are generally that, first, fix focal lens are considered as first choice as far as optical quality is concerned. Secondly, it is a matter of how to consider your photography practice. Using fix focal implies you choose your shooting place depending on the subject size and the framing you have in mind instead of relying on the easiness of the zooming function of a variable focal lens. This second point is not a mere masochist state of mind because there is a real pedagogical point for the learning photographer in thinking  in advance to the desired image frame and to the distance where to stand and hide.

Nevertheless, there are some circumstances where a variable focal is really useful. I have lived one of those situations in January 2014 during a photo hide session at Baringo (Kenya). The purpose of my trip was to continue my “Voltige” series about aerial acrobatics of birds (with white background) but, this time, with African bird species. The shooting is done from a hide tent, 4 to 5 meter distance to the birds that are attracted by seeds and fruits. The main difference with the same exercise in France is that, in France, birds that are coming to the feeder are more or less the same size (between 10cm and 15 cm) while, in Africa, I had the opportunity to photography birds very different in size from the tiny Sunbird (less than 10cm long) to the huge Hornbill (130cm wingspan). The consequence of this diversity is that when a distance of 4 meters gives me a good framing for the Sunbird this distance is too short, using the same less, for a large bird such as a Hornbill to fit inside the frame. On the contrary, If I set my tent backwards to get a Hornbill perfectly framed, the Sunbird will be very small on the photo at the same distance with the same lens. This would imply a huge cropping when editing the photo which would drive to very poor quality. It is what I show on the next photo (made from two different shots): 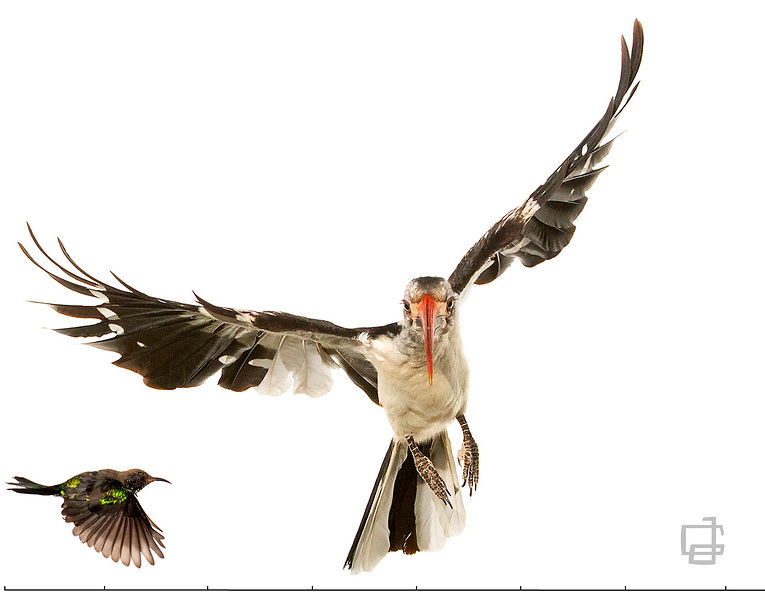 To solve the problem I should have to put the tent back and forth depending on the size of the bird that flies over the feeder and this is obviously not convenient and also can stress birds (even if they are apparently difficult to disturb). Changing lens depending on the subject size is not an optimal solution either : it takes time and it generally appears that you never have the right lens at the right moment. The last solution could be to have 2 sets of camera/lens/tripod, one for small species the other for large ones. But it is a costly and bulky solution.

In this situation, the variable focal lens scenario was the good idea. I put my 70/200mm lens on my Nikon D4 camera and set my tent 2 meters far from the feeder. Tuning to 200mm I was able to get a Sunbird large enough while a 70mm focal gave me the possibility to have an entire Hornbill fitting in the photo.

It is possible to Click on each image to purchase a FineArt print.

Other images from my “Voltige” serie. 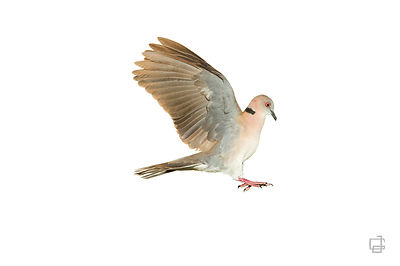 An Angel passing by (Mourning Dove) 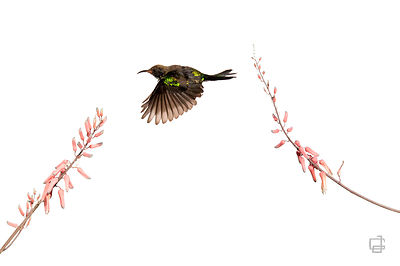 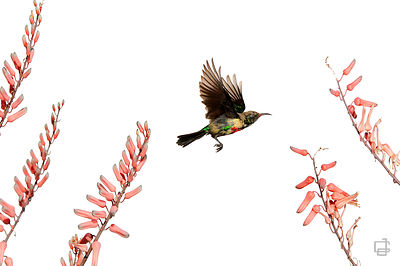 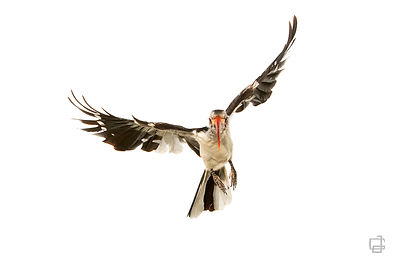